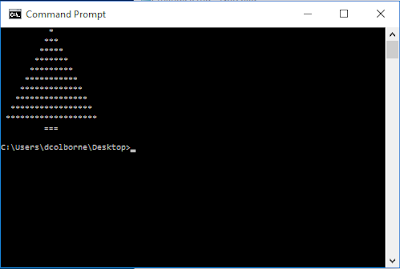 Hey everyone - I have a few posts rummaging around in the background (including a follow-up to my last post), but until they're done, here are a couple things to tie everyone over:

I've been posting on the LP Nevada's blog lately:

The first post is a more serious look at an issue raised by Marc Randazza on Popehat, though, for the record, I didn't read his article before I posted mine, which is a shame since he made my point better than I did. Moving forward, though, there's a strong chance that most of my political blogging is going to end up on the LP Nevada blog unless I feel the need to be contrarian and chew certain libertarians a new one.

On a more tech-ish note, we're being encouraged at work to decorate our offices. Here's the Christmas tree I put up on our door: 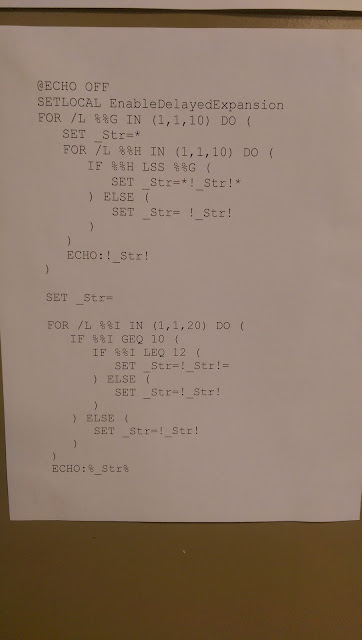 Though it's not obvious, there are some hidden spaces in there - if you want to run this yourself, copy and paste the following: